We published a similar article at our website last year. But the number of checked projects grows and we find it reasonable to update this list once a year. So let's start.

This article is out of date. An updatable list of articles about the projects we have checked is here. 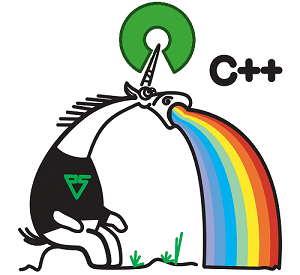 We are friendly to open-source projects. We do our best to let their authors know about defects we find and grant them temporary free licenses for our tool if necessary.

Below is a list of open-source projects we have checked by now with PVS-Studio:

It's not entirely without any reward that we check all these projects. The reports we publish serve as an advertisement for our tools and our company. We make no secret of it. But I believe it's the best advertisement you've ever seen! PVS-Studio does help the open-source community.

You may notice that the above mentioned articles are very different in size. Well, there is an explanation to that. For example, when writing the first article about ReactOS, our analyzer had much fewer diagnostic rules than at the time of the second check. Within the time period between the two checks, the tool has learned to find several times more bugs. Because of that, our articles reporting analysis results will only grow larger in time. Now we have to skip numerous bugs that don't look too impressive and convincing in order not to turn an article into a reference book.

We also keep a bug database at our website. I think many of you will find it interesting wandering about it. But what's most interesting, you can use it as a resource to work out coding standards and new recommendations for textbooks and articles on programming. It is now waiting for its McConnell to come and use it as soil to raise a book of the "50 Tips on How Not to Drop a Clanger" style.