We've already got several requests from our clients (including potential ones) to implement diagnostics that could help search for uninitialized class members. We were quite reluctant to do that as we were aware of the difficulty of the task, but finally we gave in. As a result we've come up with V730 diagnostics. I should say right away, that it's not perfect and I already foresee a number of letters directed to us with complaints about something working incorrectly. That's why I've decided to write a note about technical complexity of this task. I hope this information will give answers to the questions of PVS-Studio users and in general will be beneficial to our readership. 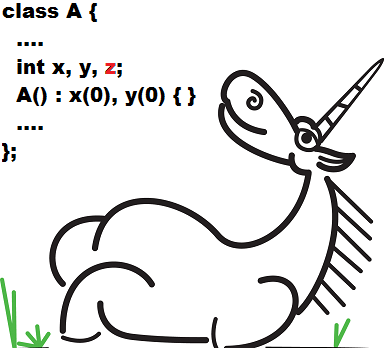 Usually a person thinks of some simple cases meditating on the topic of searching for uninitialized class members. Let's say there are 3 members in a class. We have initialized two of them and forgot about the third. Something like this:

If only everything was so simple and everybody used only classes like this. In reality sometimes even a human being cannot tell if the code contains an error or not. In the analyzer's case the problem becomes unsolvable at all. Let's have a look at some of the reasons why the analyzer can issue false positives or skip real errors.

Firstly I would bring a point that class members can be initialized in various ways. It's hard to enumerate all of them. While you are looking at the unicorn, try to come up with a number of methods of class member initialization. Have you got it? Then, let's continue. 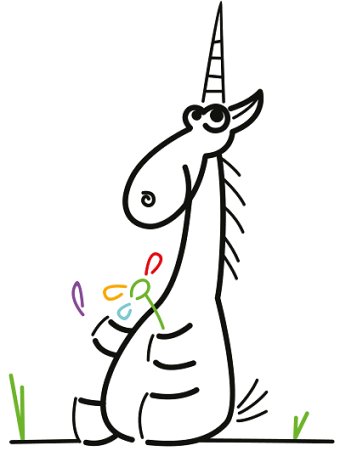 Figure 1. Unicorn is trying to tell fortunes, if the class member is initialized or not.

Some simple ways of initialization:

As you see, there is a great deal of ways to initialize class members that you have to take into account and on top of it you have to foresee them!

The main difficulty is in calling initialization functions which in their turn call another functions and it can go forever. Sometimes it's very hard to track the call graph and at times it's just impossible.

But even if you'll know about each and every method of class initialization, it won't be enough. Absence of initialization in some classes isn't always an error. A classic example - implementation of a container. You can come across such code:

Probably, to be on the safe side, you should initialize m_array with a nullptr value. But the programing style is a discussion that goes beyond the limits of a small article like this. In practice, it doesn't matter much if in the constructor not all class members are initialized. The code can work quite correctly without initializing some parts. Here I gave a simplified example, there are way more complicated cases.

And now couple of words about duality of our world. Have a look at some abstract code fragment:

Is there an error that in the X class only 1 element is initialized? It's impossible to answer. Everything depends on the type of class X. And the analyzer can't understand this, only a human being.

If this is some string class, then there is no error.

We write a terminal null in the beginning of the string. Doing this, the programmer shows that the string is empty. All other array elements can work without initialization and the code is correct.

If this is a color class, then there'll be an error here.

Here we have only one array element initialized, while all of them should have been initialized. By the way, in this case, the analyzer will think that the class is fully initialized and won't issue a warning (false negative). We have to make it "keep silent" otherwise it will generate too much noise.

So, you see how ambiguous it is? It's very hard to tell where there is an error and where there isn't. We had to do a lot of empiric testing where we tried to guess if the code is correct or not. Of course, it will fail sometimes, which we wanted to apologize for in advance. But now, I hope it became clearer why it is so difficult to search for uninitialized class members and so important to be indulgent to PVS-Studio.

As a PVS-Studio's developer, I am often asked to implement various new diagnostics in our tool. Many of these requests are based on users' experience of working with dynamic code analyzers, for example Valgrind. Unfortunately, it is usually impossible or hardly possible for us to implement such diagnostics. In this article, I'm going to explain briefly why static code analyzers ...

PVS-Studio static analyzer is known in the C, C++, and C# worlds as a tool for detecting errors and potential ...

Support of Visual Studio 2017 and Roslyn 2.0 in PVS-Studio: sometimes it's not that easy to use ready-made solutions as it may seem

In this article I would like to tell about several issues that PVS-Studio developers had to face when working on ...