Recently there appeared an article "Hackathon 2: Time lapse analysis of Unreal Engine 4", which describes how you can find a great number of bugs in Unreal Engine 4 using Klocwork. I just can't help commenting on this article. The thing is that, once we fixed all the bugs that PVS-Studio analyzer found, we haven't necessarily worked on all bugs existing in the project - only on those that were detected by our analyzer. However, the article creates an impression that the PVS-Studio analyzer skipped too many bugs. Well, I guess now it's my turn to say something. I have also rechecked Unreal Engine 4 and found plenty of another bugs. So I can claim that PVS-Studio can find new bugs in Unreal Engine 4. It's a draw. 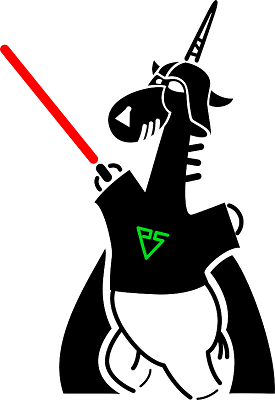 It all started a year and a half ago, when I wrote an article "A Long-Awaited Check of Unreal Engine 4", which led to our cooperation with Epic Games, resulting in the removal of all warnings issued by PVS-Studio. During our work we have fixed a large number of errors and removed all false positives of the analyzer. Our team provided Epic Games Company with a project, free from PVS-Studio warnings. You can read this article "How the PVS-Studio Team Improved Unreal Engine's Code" to see more details.

But not so long ago I came across another article: "Hackathon 2: Time lapse analysis of Unreal Engine 4". And I should say that this article is of good quality and very informative. In general, Rogue Wave does a good job making such a powerful analyzer as Klocwork and organizing activities like open-source code checks. We also should give credit to Michail Greshishchev for checking the Unreal Engine code and taking time to write an article about it. It is very beneficial for the programmer community. But I am a little concerned by the fact that a person, who is not very familiar with static analyzers can come to wrong conclusions. Therefore, I have to comment on the article.

Unintentionally, this article might be interpreted as showing our team in a bad light, in comparison with Klocwork. It may seem that PVS-Studio finds less bugs that Klocwork. But the truth is that this world is more complicated. Both analyzers have a great many diagnostics and these diagnostics may partially overlap each other. But each analyzer has a unique set of diagnostics, that's why having checked a project with one analyzer you will always find something else with the help of the other.

One more little detail. We didn't check the third-party libraries (at least partially), while Michail Greshishchev obviously did; as we can see by looking at one of the code snippets (see HeadMountedDisplayCommon function in the ThirdParty). Of course, PVS-Studio can also easily find many interesting flaws in the ThirdParty repository, especially as the size of the ThirdParty source code is three times bigger than of the UE4 itself.

But this sounds like a pathetic attempt to excuse us :). So I don't have anything else to do as to even the score. For this purpose we've downloaded Unreal Engine 4 source code and rechecked it with PVS-Studio.

And now I'll show you that you can always easily find errors in large rapidly changing projects.

I've checked UE4 source code with the latest version of PVS-Studio. ThirdParty libraries weren't included in the re-checking process. Otherwise, I'd get a whole reference book, not an article :)

So, I've got 1792 general analysis warnings of the 1st and 2nd level. But don't be scared, I'll explain where this number comes from.

But let's get back to UE4. In this article I won't be speaking about V730 warnings in details. There are too many of them and I cannot say that I know UE4 project well enough to determine if some uninitialized variables will lead to an error or not. However, I am quite sure that there are some serious bugs hiding among those 1672 warnings. I suppose, it could be worth analyzing them. Even if the Epic Games developers would consider those warnings to be nothing more than false positives, they can easily turn this diagnostic off.

So, 1792-1672 = 120. In sum total PVS-Studio issued 120 warnings of general analysis (1 and 2 level) during the Unreal Engine check. A good number of these warnings have revealed real errors. Let's have a closer look at the most interesting code snippets and corresponding warnings.

Interesting bugs found with the help of PVS-Studio

I should emphasize once more, that the list of errors I'm speaking about here is far from being a complete one. Firstly, I could skip something of interest, as I wasn't able to spend a decent amount of time looking at all the code fragments in detail. Secondly, I haven't noted down those errors that aren't very crucial or those that will require a lot of clarification (and code fragments for explanation).

PVS-Studio warning V501 There are identical sub expressions 'GlyphIndex == Other.GlyphIndex' to the left and to the right of the '&&' operator. fontcache. h 139

PVS-Studio warning V501 There are identical sub-expressions to the left and to the right of the '==' operator: AutoWritable == AutoWritable rendererinterface.h 180

At the very end a programmer forgot to add "rhs" and as a result the variable 'AutoWritable' is compared with itself.

PVS-Studio warning V501 There are identical sub-expressions 'RenderTargetResource->GetWidth() != 0' to the left and to the right of the '&&' operator. sretainerwidget.cpp 291

There are two similar errors, located close to each other. ZeroMemory macros which are mere memset() function calls, zero only a part of the allocated memory.

The error is that the sizeof() operator evaluates the size of the pointer, not the array. One of the correct options will be:

PVS-Studio warning V523 The 'then' statement is equivalent to the 'else' statement. lightrendering.cpp 864

Regardless of the conditions, two similar actions are carried out.

"if (CurrentFileSize > = 0)" check makes no sense. The variable 'CurrentFileSize' is of the unsigned type, and thus its value is always > = 0.

If the condition (CulledObjectBoxBounds.IsBound()) is executed, then the array index is out of bounds. Note that the 'OutUAVs' array consists of only 3 elements.

PVS-Studio warning V570 The 'Position' variable is assigned to itself. drawelements.h 435

It's not even worth the time looking at this bug, it's just a typo. We should have:

PVS-Studio warning V595 The 'frame' pointer was utilized before it was verified against nullptr. Check lines: 301, 302. oculusrifthmd.cpp 301

We see that first 'frame' variable is used and then it is checked if it is equal to nullity.

This error is very similar to the one described in the article of Klocwork:

As you can see, both analyzers can identify this type of a flaw.

It's worth mentioning that the code given in the article by Klocwork, refers to the ThirdParty repository, which we haven't checked.

PVS-Studio warning V595 The 'Enum' pointer was utilized before it was verified against nullptr. Check lines: 146, 147. kismetnodehelperlibrary.cpp 146

Again we have a situation when a pointer gets dereferenced first and only then it is checked. It's rather boring to look at such errors. I'll just list fragments that worth looking at:

V599 The virtual destructor is not present, although the 'FD3D12Device' class contains virtual functions. d3d12device.cpp 448

In the FD3D12Device class there are virtual methods. Which means that this class will most likely have derived classes.In this class, however, there is no virtual destructor. It is very dangerous and most likely will lead to an error sooner or later.

PVS-Studio warning V611 The memory was allocated using 'new T[]' operator but was released using the 'delete' operator. Consider inspecting this code. It's probably better to use 'delete [] Buffer;'. bootstrappackagedgame.cpp 110

The allocated memory is deallocated in a wrong way. It should be like this:

The check doesn't work in the way the programmer wanted it. Instead we should write:

Here we see that the omitted 'break' operator is detected. 'ActualBackgroundColor.A' variable can be assigned with two different values two times successively. This is what makes the analyzer suspicious.

PVS-Studio warning V612 An unconditional 'break' within a loop. profilermanager.cpp 717

This is a very suspicious code fragment. It seems that the 'break' operator is not on the right place. I'm not quite sure, but possibly it should be written like this:

At least 29 out of 120 warnings issued by PVS-Studio indicated real bugs (24%). Another 50% is the code that smells. The remaining ones are false positives. The total amount of time spent checking the project and writing the article was about 10 hours.

Conclusions that can be drawn based on the check results of the PVS-Studio analyzer and Klocwork:

Thank you for your attention.