Virtual machines are important tools in the arsenal of a software developer. Being an active user of VirtualBox, and checking various open source projects with the help of it, I was personally interested in checking its source code. We did the first check of this project in 2014, and the description of 50 errors barely fit into two articles. With the release of Windows 10 and VirtualBox 5.0.XX the stability of the program got significantly worse, in my humble opinion. So, I decided to check the project again. 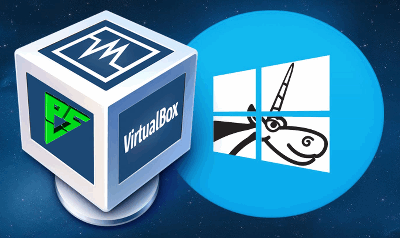 VirtualBox (Oracle VM VirtualBox) is a general-purpose, full virtualizer for x86 hardware, targeted at server, desktop, and embedded use. It is supported by the following operating systems: Microsoft Windows, FreeBSD, Solaris/OpenSolaris, Linux, Mac OS X, DOS, ReactOS, and others.

You may find the previous articles about VirtualBox here:

These articles contain more than 50 dangerous fragments which were found using PVS-Studio 5.18. I haven't seen such warnings in the new analyzer report. It means that the developers had a look at the articles, and fixed all the places errors were spotted by the analyzer. Those who are willing may find these places in the latest version of the source code, and can have a look at the way the fixes of PVS-Studio warnings appear in a real project. But in another check, I've encountered a lot of other interesting messages.

I also would like to emphasize that only regular use of static analysis (not necessarily PVS-Studio) can maintain the high quality of the code. Our all experience of fixing analyzer warnings in the Unreal Engine code, showed that the quantity of errors constantly increases in a developing project, so after one-time checks the quality of the code will gradually get to the initial state, and new bugs will still be getting into the code. In the VirtualBox project we see a similar situation. The growth of the analyzer warnings after a one-time check looks something like this:

It is important to emphasize that by "regular" use of the analyzer, we mean daily checks. Many errors that are detected during the testing stage can be eliminated at the stage of writing the code.

Another advantage of the regular use of static analyzers, is the regular updates. Since the first time we checked VirtualBox, we have added more than 50 new diagnostic rules. The last section will be devoted specifically to the errors that were found using the new diagnostics.

Oracle VM VirtualBox source code was tested with the help of PVS-Studio version 6.02.

Perhaps someone will need the number of the verified revision.

Before writing this article, I had a look at the bugs that were previously found by the analyzer, and found similar errors in the new code. I suppose the same person could be writing this code.

V521 Such expressions using the ',' operator are dangerous. Make sure the expression is correct. vboxmpwddm.cpp 1083

Similar code was described in the first article. The comma operator ',' evaluates the left and the right operand. The thing is, the left operand is no longer used, and the result of the operator is the value of the right operand. It is most likely that the programmer wanted to use '&&' operator, as in other strings.

The code has duplicate strings. The developers fixed a similar fragment mentioned in the first article by deleting an extra string. What we have here - an error in the array index or an extra string - we'll see in the next versions of VirtualBox.

V501 There are identical sub-expressions 'mstrFormat.equalsIgnoreCase("text/plain")' to the left and to the right of the '||' operator. vboxdnddataobject.cpp 38

Copy-paste programming will live forever. There are already two identical "text/plain" checks, but on top of that, the whole code clock was copied to another file:

No joking - such code in different variations can be found in real projects.

At first glance, there is nothing to pick on here, except the analyzer. In the documentation to the "vsnprintf" function it is quite clearly stated that in case of an error, it returns a negative number. I have even given this code fragment to one of the developers of the kernel of the C++ analyzer as an example of a false positive. But it turned out that the analyzer was right.

Who could think that among thousands of header files there would be, somewhere, a string like this:

In the preprocessed file the source fragment will be deployed as follows:

The function RTStrPrintfV() returns the value of an unsigned type 'size_t', not the signed 'int' type, so this check will lead to a logical error, as in fact no checking is done.

The analyzer detected suspicious assignments of variables to themselves. Most likely on the right side of the assignment operator, the programmer should write an object with the name 'to' rather than 'from'.

Five more fragments in this file:

V625 Consider inspecting the 'for' operator. Initial and final values of the iterator are the same. state_transform.c 1365

I've decided to give a description of such errors a separate section because of one more suspicious fragment containing the 'to' and 'from' names.

The initial and the final value of the loop counter are the same in this code fragment. As a result there is just one iteration in the loop. Again, it is most likely a typo in the name of the 'to' object.

About the priorities of operations

V564 The '&' operator is applied to bool type value. You've probably forgotten to include parentheses or intended to use the '&&' operator. glsl_shader.c 4102

Because of the missing parentheses in the "!map & 1" condition, we see that the value of the 'map' variable is verified against null. Apparently the programmer intended to check if the lowest bit is set. Another sign of an error, is the fact that the verification of the 'map' against null is already present in the loop termination condition. Thus, this condition is always false, and the 'continue' operator will never be executed.

The condition should most likely be written like this:

V590 Consider inspecting this expression. The expression is excessive or contains a misprint. vboxdispcm.cpp 288

The analyzer has detected a suspicious condition in which the subexpression "hr == S_OK" does not affect the result of the condition in any way.

We can make sure looking at the truth table of this conditional expression:

By the way, we can see suspicious Assert(), that has a modified conditional expression.

In general, this type of error is very common. For example, the FreeBSD kernel was no exception.

V511 The sizeof() operator returns size of the pointer, and not of the array, in 'sizeof (plane)' expression. devvga-svga3d-win.cpp 4650

The 'plane' variable is just a pointer to the array of 'float' type. The value of "sizeof(plane)" will be 4 or 8, depending on the bitness of the program. The number '[4]' in the parameters of the function, gives a hint to the programmer that an array of a 'float' type containing 4 elements will be passed to the function. Thus, the memcpy() function copies a wrong number of bytes.

A part of the code in the second condition never gets control because of two identical expressions in the cascade of conditions.

V531 It is odd that a sizeof() operator is multiplied by sizeof(). tstrtfileaio.cpp 61

The analyzer detected a suspicious product of two sizeof() operators. If we have a look at 'RT_BZERO' macro, we may have a question: "Why do we get a size of a variable that has the 'uint32_t' type and multiply it by the size of a different type?" In adjoining sections of code the size of the array is evaluated as "cMaxReqsInFlight * sizeof(RTFILEAIOREQ)". Perhaps it is an error; the same size should be used in the string with 'RT_BZERO'.

The SOCKET type (in Visual C++) is unsigned, so the check "sd >=0" is meaningless. The reason for such code is clear: the project is built on different operating systems, and in the UNIX systems the socket values are stored in the 'int' variable of signed type. In general the code for working with sockets is written correctly: to check the states, the programmer uses constants from the system header files. But cross-platform code contains a lot of conditional preprocessor directives, so in one place a check wasn't noticed, that is always true for Windows.

Usually, we don't write about the warnings issued for the test files in the articles. By the way, it's very easy to exclude messages received for all the files in the specified directory. Still, I've decided to write about one of them here. It's quite peculiar because of the fact that the test doesn't actually test anything, because of a typo. The 'continue' operator is executed during every iteration of the for() loop. The value '0x1fbe' will always be true, because an expression "uc ==" is missing in the condition. This is a good example of how static analysis complements unit testing.

According to the latest standards of the C++ language, the shift of a negative number results in undefined behavior.

V523 The 'then' statement is equivalent to the 'else' statement. state_evaluators.c 479

"FIXME" and "TODO" can live in the code for a very long time, but the static analyzer won't let you forget about code that was left unfinished.

V530 The return value of function 'e1kHandleRxPacket' is required to be utilized. deve1000.cpp 3913

In this section I will describe the analyzer warnings that appeared in PVS-Studio, after the last check of the VirtualBox project.

The analyzer saw that the string of "wchar_t *" type is handled as a string of BSTR type.

V746 Type slicing. An exception should be caught by reference rather than by value. extpackutil.cpp 257

The analyzer detected a potential error, related to catching the exception by value. It means that a new 'Err' object of xml::XmlError type, will be constructed with the help of a copy constructor. At the same time some of the code will lose some data about the exception that was stored in the classes, inherited from xml::XmlError. 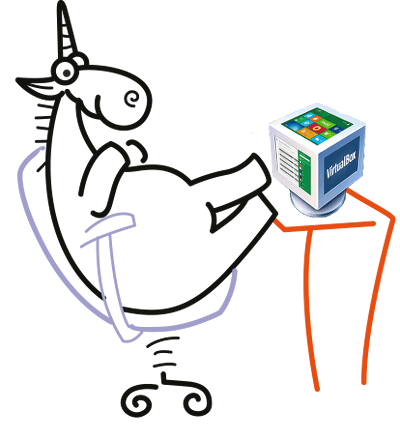 VirtualBox project is a good example of just how important it is to do static analysis regularly on a developing project. It prevents the growth of potential bugs during the development stage, and allows fresh updates of the analysis tool.

I would also gladly check MS Word, which froze several times for 7-10 minutes fully loading the processor, when I was writing the article. But there is no such possibility. We have done some archaeological research on MS Word 1.1a, but that is a another story.

So, feel free to download PVS-Studio without filling in any forms, and find bugs in your project. Think about the users, and the time the programmers could save.