In programming, a logical expression is a language construct that is evaluated as true or false. Many books that teach programming "from scratch" discuss possible operations on logical expressions familiar to every beginner. In this article, I won't be talking about the AND operator having higher precedence than OR. Instead, I will talk about common mistakes that programmers make in simple conditional expressions consisting of no more than three operators, and show how you can check your code using truth tables. Mistakes described here are the ones made by the developers of such well-known projects as FreeBSD, Microsoft ChakraCore, Mozilla Thunderbird, LibreOffice, and many others. 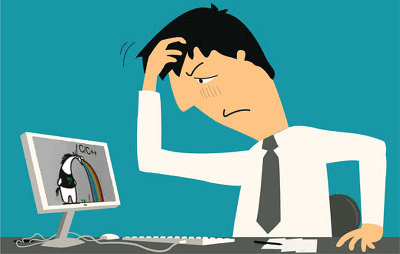 I develop a static analyzer for C/C++/C# code, known as PVS-Studio. My job involves dealing with both open-source and proprietary code of various projects, and, as the result of this activity, I write a lot of articles regarding the analysis of open-source projects, where I talk about errors and defects found in these projects. With all that great amount of code that has been through our analyzer, we started to notice certain patterns of programming mistakes. For example, my colleague Andrey Karpov once wrote an article about the last-line effect after he had gathered a large collection of examples of mistakes made in the last lines or blocks of similar looking code fragments.

In the beginning of this year, I used the analyzer to scan some projects by large IT companies, which, following the modern trend, make their projects' sources publicly available under free licenses. I started to notice that almost every project has errors in conditional expressions that deal with incorrect use of conditional operators. Expressions themselves are quite simple and consist of just three operators:

In total, you can write 6 conditional expressions using these operators, but 4 of them are incorrect: two are always true or false; in two others, the result of the whole expression does not depend on the result of one of its subexpressions.

To prove that a conditional expression is incorrect, I will construct a truth table for every example. I will also give an example from real code for each case. We will talk about the ternary operator ?: as well, whose precedence is almost the lowest, although, few programmers know about it.

Since incorrect conditional expressions are found mostly in code that checks return values of various functions, comparing them with error codes, I will be using variable err in synthetic examples below, while code1 and code2 will be used as constants, which are not equal. The value "other codes" will stand for any other constants that are not equal to code1 and code2.

Incorrect use of the || operator

The following is a synthetic example where the conditional expression will always evaluate to true:

This is the truth table for this code:

And here is a real example of this error from LibreOffice project.

V547 Expression is always true. Probably the '&&' operator should be used here. sbxmod.cxx 1777

A real example from FreeBSD project:

It's not much different from our synthetic example, is it?

Incorrect use of the && operator

A synthetic example, where the result of the conditional expression will always be false:

A real example from SeriousEngine project.

V547 Expression is always false. Probably the '||' operator should be used here. entity.cpp 3537

A real example from ChakraCore project, a JavaScript-engine for Microsoft Edge.

Incorrect use of the ?: operator

Before we finish with this article, I'd like to say a few words about the ternary operator ?:. Its precedence is almost the lowest of all operators. Only the assignment operator, the throw operator, and the comma operator have lower precedence. The error from the code sample above was found in the kernel of FreeBSD project. The authors used the ternary operator for selecting the required checkbox and for the sake of short, neat code. However, bitwise OR has higher precedence, so the conditional expression is evaluated in the wrong order. I decided to include this error in the article because it is very common for the projects I have scanned.

The patterns of errors in conditional expressions, described in this article, can be very dangerous if you are not careful enough writing the code. Despite the small number of operators, an incorrect conditional expression, as a whole, may be misinterpreted by the compiler. Such code may look quite sensible and pass code review. To secure yourself from these errors, use truth tables to check your expressions when in doubt, and also make sure you regularly scan your code with static analyzers.