Embedded systems have been around for a long time. It is paramount that they should be stable and reliable, and fixing bugs in them is extremely costly. That's why embedded developers benefit greatly from regular use of specialized code quality control tools. This article is going to tell you about support for GNU Arm Embedded Toolchain in the PVS-Studio analyzer, and demonstrate some code issues found in the Mbed OS project. 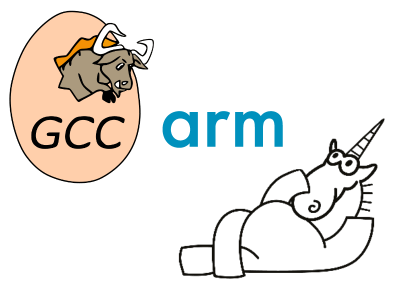 GNU Embedded Toolchain - is a compiler collection developed by the Arm company and based on GNU Compiler Collection. Officially released in 2012 for the first time, it has been evolving since together with GCC.

The main purpose of GNU Embedded Toolchain is generation of code targeted to bare metal, that is, code that is meant to work on the CPU directly, without an operating system. The package includes C and C++ compilers, an assembler, GNU Binutils, and the Newlib library. All the components are open-source; they are distributed under the GNU GPL license. You can download pre-built toolchain versions for Window's, Linus, and macOS from the official website.

In order to test the analyzer, one needs a lot of source code. Usually, this is not an issue, but when dealing with embedded development, targeted primarily to IoT devices, finding enough big projects can be problematic. Fortunately, we were able to solve this issue by using specialized embedded operating systems, which are, in most cases, open-source. We'll talk about one of them further. 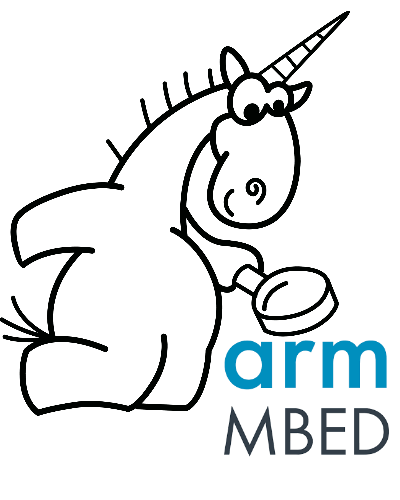 Although the main goal of this article is to tell you about GNU Embedded Toolchain support, it is difficult to say a lot on this topic. In addition, our readers are most certainly waiting to see some interesting bugs and errors, so let us not keep them waiting. Let's run the analyzer against the Mbed OS project instead. It is an open-source operating system, for which Arm takes part in development.

Mbed OS wasn't picked by accident, here's how its developers describe it:

Arm Mbed OS is an open source embedded operating system designed specifically for the "things" in the Internet of Things. It includes all the features you need to develop a connected product based on an Arm Cortex-M microcontroller, including security, connectivity, an RTOS and drivers for sensors and I/O devices.

It looks like a perfect project for GNU Embedded Toolchain, especially considering Arm's participation in its development. Now, I must tell you in advance that I didn't have a goal to find as many issues in a specific project as possible, so I'll describe the analysis results briefly.

The PVS-Studio run against Mbed OS's source code resulted in 693 warnings, 86 of which had the high priority. Many of them are far from being interesting, so I won't describe them all. For example, there was a lot of V547 warnings (Expression is always true/false) coming from similar code snippets. Of course, there's a way to tweak the analyzer in order to greatly reduce the number of false or simply uninteresting messages, but this wasn't related to my goal. If you'd like to see an example of such tweaking, refer to the Characteristics of PVS-Studio Analyzer by the Example of EFL Core Libraries, 10-15% of False Positives article.

For this article, I selected several interesting issues, just to demonstrate how the analyzer works.

Let's begin with one class of errors often encountered in C and C++ - memory leaks.

Analyzer warning: V773 CWE-401 The function was exited without releasing the 'read_buf' pointer. A memory leak is possible. cfstore_test.c 565

This is a classic mistake related to dynamic memory manipulations. A buffer allocated with malloc is used only inside the function, and is released before the function exits. The problem is that this doesn't happen if the function returns prematurely. Also, pay attention to similar code in the two if blocks. It looks like the programmer copied the upper code fragment, and simply forgot to add a free call.

Here's another example similar to the previous one.

Analyzer warning: V773 CWE-401 The function was exited without releasing the 'interface' pointer. A memory leak is possible. nanostackemacinterface.cpp 204

The pointer to allocated memory is returned via an out-parameter, but this doesn't happen if the call to the initialize method fails - in this case, a memory leak occurs because the interface local variable leaves its scope, and the pointer simply gets lost. A delete call should've been here, or at least, the address stored in the interface variable should've been returned in any case, so the caller could release the memory.

Using the memset function often means bugs. You can see examples of those in the article "The most dangerous function in the C/C++ world".

Let's check this warning out:

The intention here was to zero the memory occupied by the last_error_ctx structure, but the programmer placed the second and third arguments in a wrong order. As a result, exactly 0 bytes are getting filled with the sizeof(mbed_error_ctx) value.

Here's a similar warning which occurs a hundred lines above:

An unconditional 'return' operator in a loop

In this code snippet, ns_list_foreach is a macro which expands to a for operator. The internal loop performs a single iteration at most because of a return call right after the line, which initializes the function's out-parameter. This code might work as planned, however, the internal loop looks quite weird in this context. Most likely, initialization of rlocAddress and a subsequent return should occur on some condition. It is also possible that the internal loop is redundant.

Like I said in the intro, there were many uninteresting V547's, so I checked them briefly. Only a couple of cases were worth looking at.

The analyzer thinks that the pcb->state == LISTEN condition is always false. Let's see why it does so.

Before the if operator, there's a call to LWIP_ERROR, which is a macro behaving in a way similar to assert. It is defined as follows:

If the condition is false, the macro reports an error and executes whatever is passed to it via the handler argument. In the current code snippet, we have an unconditional goto.

This example checks the condition 'pcb->state == CLOSED', that is, a jump to the done label only occurs when pcb->state has any other value. The if operator after the LWIP_ERROR call checks whether pcb->state equals LISTEN - a condition which is never true because state in this line can only be equal to CLOSED.

Here, if and else if exactly check the same condition, which makes code inside the else if block unreachable. Bugs like this are often related to 'copy-paste' method of programming.

Let's take a look at a funny code snippet.

Now, let's check the definition of the thread_extension_discover_response_tlv_write macro:

The macro expands to its data argument, a call to it inside the thread_discovery_response_send function turns into the (&discover_response_tlv) expression after preprocessing. 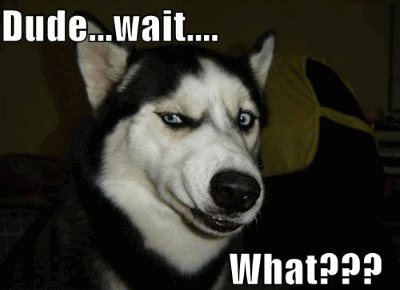 I have no further comments. It is possible, that there's no mistake here, but such code always makes me look similar to the above picture :).

The list of compilers supported in PVS-Studio has been expanded. If you have a project meant to be built with GNU Arm Embedded Toolchain, I suggest that you try checking it with our analyzer. A demo version is available here. Also, note that we have a free license available, which will suite some small development projects quite well.

When talking about PVS-Studio's diagnostic capabilities in our articles, we usually leave out its recommendations about the use of microoptimizations ...

It's high time to recheck FreeBSD project and to show that even in such serious and qualitative projects PVS-Studio easily ...

Linux Kernel, tested by the Linux-version of PVS-Studio

Since the release of the publicly available Linux-version of PVS-Studio, it was just a matter of time until we would ...